Plano-Convex lenses (PCX) have a first convex surface (positive) and a second flat surface that give them a positive focal length. They are suitable for the conjugation of objects place at infinite distances when used with the convex surface turned toward the object and the plane surface turned to the image. They are also used to focus light through the formation of real images, or the formation of virtual images if they are used as magnifying lenses.

The focal length of a PCX lens is a function of the material used, the radius of curvature and the wavelength of light radiation used as reference. For applications in the visible (VIS) optics usually refers to the sodium d line, equivalent to 589.3 nm. For special applications, instead, we usually refer to the mean wavelength of the spectral region of interest.

If we consider an unitary magnification, or at least close to 1:1, in which you are interested in the simple transfer of a light beam through a system, a couple of PCX lenses can be used. These should be arranged with the curves inwards, almost touching each other, in order to facilitate the reduction of spherical aberration. Tecnottica Consonni produces its lenses in different types of optical glasses, making available anti-reflection coating for the ultraviolet (UV), visible (VIS), near infrared (NIR and SWIR) and other bands chosen by the customer. 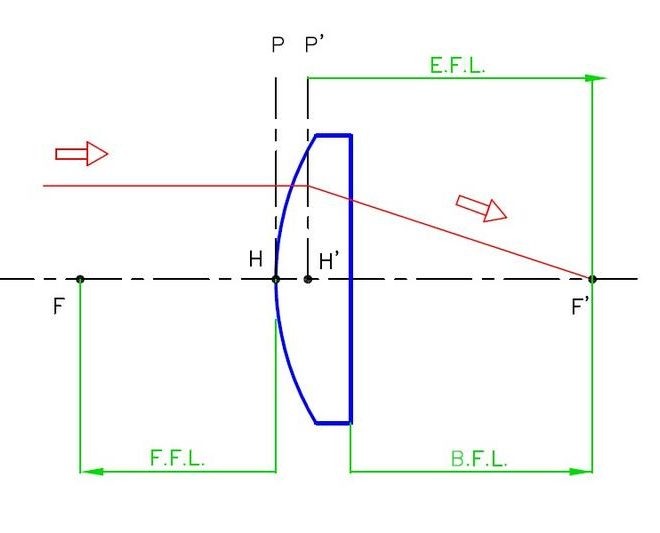